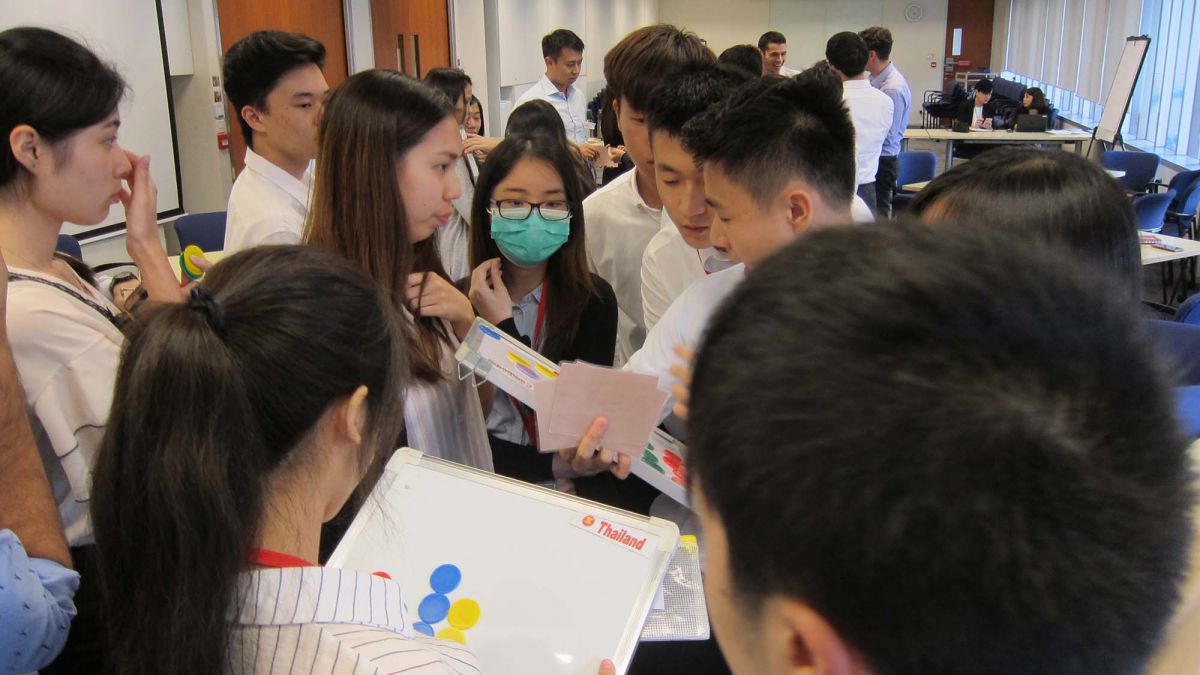 How to achieve better brainstorming

In 1948, real life Mad man Alex Osborn partner of advertising agency B.B.D.O, wrote the pop-science book ‘Your Creative Power’ which became a runaway best-seller. ‘Your Creative Power’ promised to double an individual’s creative output and guaranteed career success. Chapter 33 ‘How to Organize a Squad to Create Ideas’ is where he coined the term ‘brainstorming’ a meeting between team members 'storming' a problem with their combined brains. Osborn formulated a series of rules to protect the ‘delicate flower of creativity’ and produce a large quantity of ideas.

These rules have persevered over 7 decades despite nearly 60 years of research disproving their effectiveness. So what are the particular rules developed by Osborn and why are they inhibiting the brainstorming process from reaching its promised potential. And more importantly how can they be fixed?

1. Groups will come up with more, better quality ideas than individuals

The basis of Osborn’s conception of brainstorming is that groups will always be more creative than individuals. With the division of labour and increasing specialization in the workplace, there undoubtedly needs to be dialogue between different members of your team. But is ‘brainstorming’ the best way to do it?

“In his book Group Genius: The Creative Power of Collaboration, professor Keith Sawyer recounts a Yale study conducted by Osborn in 1958. Male students were broken into groups and given several creative puzzles to solve. As a control, Osborn asked the same number of students to work on the puzzles by themselves. The students working alone came up with two times as many solutions as the groups did, and the solo students’ solutions were rated as more “feasible” and “effective” by an independent panel of judges.” – Bailis 2014

Osborns Yale study demonstrates that people imagining independently are more creative and rational than groups? While brainstorming is great for combining team members with difference specialities it, unfortunately, encourages a few negative social processes that occur when groups work together. In particular:

How to fix these social processes?

One of the brainstorming’s greatest flaws is the assumption that ideas will come fluidly as long as your team works together. An alternative to brainstorming, ‘brainswarming’ combines the benefits of teamwork and individual work by removing the inefficient medium of talking.

In brainswarming teams are presented with the goal at the top of the whiteboard, and the resources available to fix the problem at the bottom. Individuals then write down ideas to solve different areas of the problem which gets the best of both your team’s top-down and bottom-up thinkers.

2. Brainstormers should combine and build off other's ideas

Osborn emphasized quantity over quality, even stating that it is not unusual to feel “disgusted” by the amount of ridiculous nonsense that ends up on your sheet of paper. At the end of the brainstorming process, everyone reads through the list of ideas and synthesizes and prioritizes the best ones. During the brainstorming process groups are encouraged to build off each other’s ideas. However this rule, combined with the rule dispelling criticism, often leads to groups building off poor ideas or the first one mentioned. Have you ever noticed even in brainstorming sessions with the most creative teams that the majority of ideas tend to be a reworded version of the others? This is due to the encouragement to build off other ideas without any actual analysis of the original idea.

How to prevent idea rehashing

Instead of nodding along to any idea that emerges, encourage team members to debate and criticize each other’s ideas. The next point will delve further into the power of debate over criticism-free environments.

3. Team members are not allowed to criticise or judge others' ideas

The most attractive but least effective rule of the brainstorming process is the barring of all criticisms and judgement. Criticism is unpleasant especially during the early stages of ideation. However, they can actually energise, challenge and help solidify ideas rather than stifling them. In 2003 Charlan Nemeth, a professor of psychology tested brainstorming without criticism against brainstorming with the ‘debate’ condition, which encouraged team members to debate and criticize each others ideas. The ‘debate’ teams came up with 20% more ideas than the brainstorming teams and the individuals in the debates still had more ideas about the subject after the exercise compared to the brainstormer’s who had none.

Osborn’s anti-criticism conditions were formulated under the assumptions that the hint of judgement would suppress the delicated flower of creativity. However several studies have shown that imagination actually can thrive on conflict. Dissent encourages participants to engage with other’s ideas rather than waiting for a chance to speak. Conflict helps us reassess our own viewpoints, either challenging them to change or solidifying them.

How to combat the 'no criticism' rule

Just disregard it! Encouraging constructive criticism and debates when brainstorming. You are simply encouraging team members to engage with each other’s ideas analytically. It will naturally cause ideas to develop and prevent poor ideas from lingering around on the whiteboard taking up space. 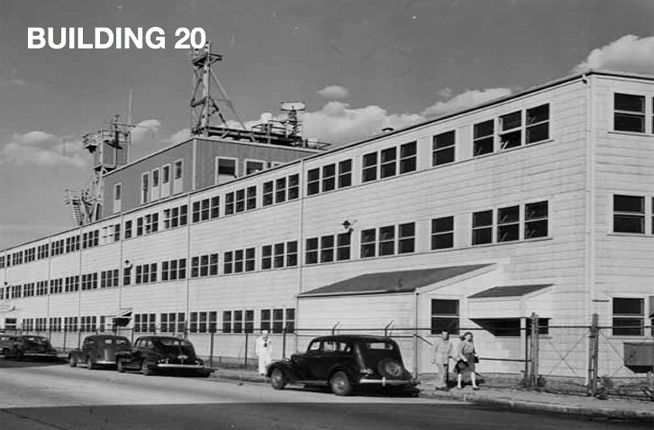 Jonah Lehrer, author of the article ‘Groupthink’ in the New Yorker compares brainstorming to spaces that nurture creativity, particularly Building 20 in MIT where Amar Bose developed his first speaker system and Noam Chomsky came up with his revolutionary theory on the deep structures of linguistics. Building 20, cited as an ugly, sprawling, technologically backward demountable building in the centre of MIT housed a variety of faculties with no real academic connection. It is notorious for being one of the most creative spaces in the world. The variety of academic specialites, the unavoidable interactions with disparate viewpoints and the constant, healthy debates between them led to many great discoveries, and inventions.

Compared to brainstorming, Building 20 demonstrates that the best way to produce creative ideas is to have frequent, random unplanned debates. The architecture of MIT inspired Steve Jobs so much that he designed PIXAR studios in such a way that encouraged constant, inconvenient and unplanned collaborations between staff members who would not usually meet, with no rules or limitations on their dialogue.

Does your workspace encourage regular, unplanned meetings between the members of your team? If it doesn’t, then how can you physically force people together like Steve Jobs did? It could be as simple as moving the coffee stand to the atrium or as complicated as removing all bathrooms from your building and putting them on one floor so that people are forced together!

The power of combined creativity

If you believe in the power of brainstorming, you believe that the individual members of your team house huge amounts of untapped creative potential. But it is important to consider the best way to let it out. At Team Building Asia we have a training and development program called ‘Teamstorming’. In a Teamstorming session we utilize modern research to improve your companies brainstorming process by strategically collecting all of the ideas from inside and outside of your company to solve a current problem. The program runs over a two-week period ending with a team storming session where a final set of workable ideas and deduced. If you would like to learn more about our Teamstorming training program, contact us and discover the potential of brainstorming when performed properly. 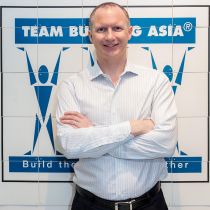 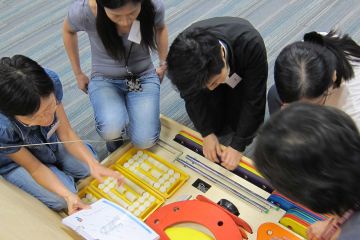 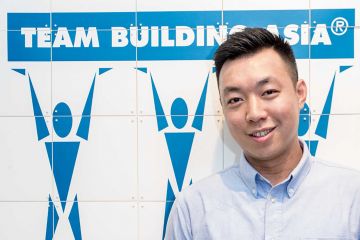