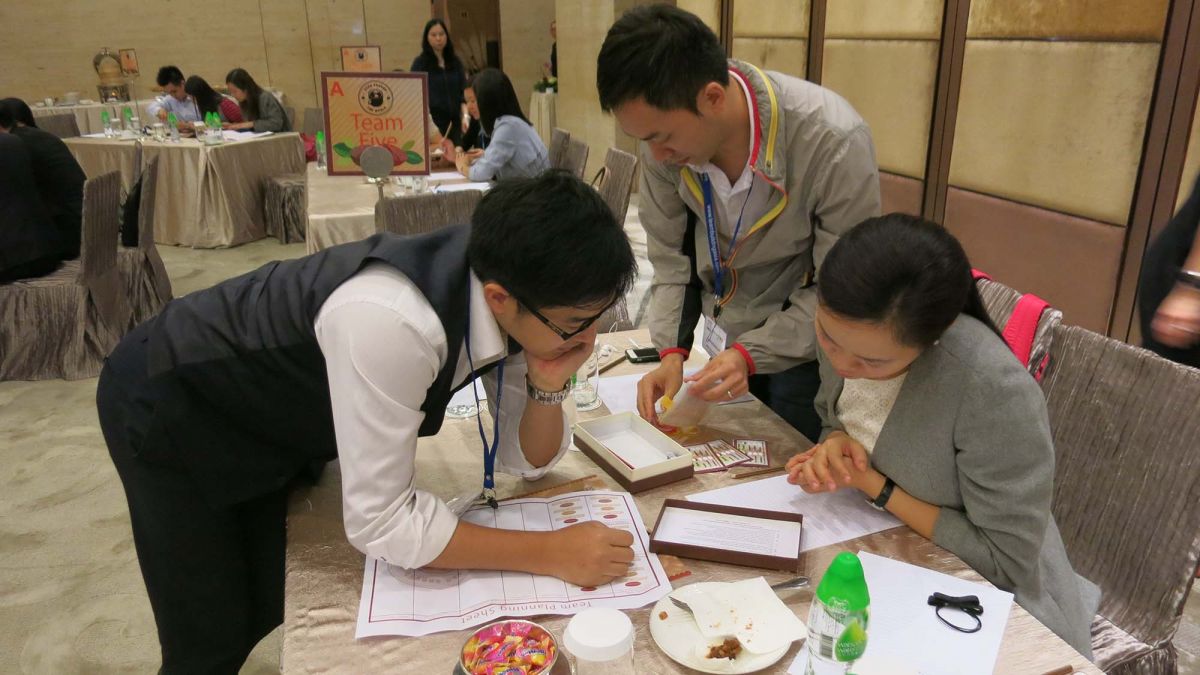 In reinforcing their team collaboration, Samonsite wanted to promote a theme of “We are an unbeatable team”. It was decided that Bean Around the World would be an excellent activity to test the strengths of the entire team. Working as coffee syndicates, teams buy and sell coffee beans for the highest profit. After receiving specific instructions and market information, the room was abuzz with energy as teams discussed the best strategy, negotiating and trading with other teams.

After the first trading period teams grouped with their syndicate to assess how much profit they had made and engaged in a sharing session on how they can be even more competitive and strategic in Period Two to prove they are unbeatable. Unknown to them was that in Period Two a commodities crash took place and this drastic change element forced teams to quickly adapt their strategy. This resulted in more frenzied negotiations and regrouping to align and motivate team members through the change. In order to increase supply, a suspenseful auction was fought out between all teams to grab the last supply of precious coffee beans.

During Period Three the information of what suppliers would be buying was not known and teams had to collaborate with their competitors to gain all the information they needed. This changed what had seemed like a purely competitive activity at the beginning into exercise of a unified vision and competitive collaboration. The collaboration did not last long though as competition took over and the final trading session began.

During the customised debrief each syndicates’ money and coffee were tallied and the syndicate with the highest value won the exercise. A new record of HK$92 million was achieved by one syndicate, which since 2009 is the highest so far ever scored in Bean Around The World. This really proves that Samsonite is indeed an unbeatable team unless others are up to the challenge to pip them off the post?

“Team Building Asia is really an excellent partner who helped us in having facilitated successful activities. Through the exciting programs, all participants enjoyed much and had good learning while management has better insights into the talents of our teammates.” 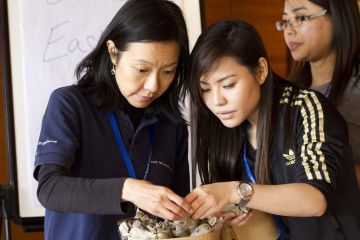