A glass half full or half empty?

Patrice, a Spanish senior executive working as Commercial Director for the Shanghai subsidiary of a multinational bank, was strongly encouraged by his Regional HR Director Jenny to work with a coach. She felt that it would help him feel better and be more relaxed.

Jenny told me that Patrice’ direct reports complained about Patrice’ short temper and sometimes extreme mood swings. Even though Patrice was a top performer, Jenny felt that everyone - including Patrice - would benefit if he would become more relaxed and balanced.

As usual, prior to our first coaching session, I asked Patrice to complete a personality assessment (Harrison Assessments) which revealed some interesting dynamics.

Patrice, 41 years old at that time, showed a pattern that is less common for successful managers his age. Patrice was the youngest executive on his management level, directly reporting to the China CEO. Typically, managers who reach quite senior levels at a rather young age tend to show a high level of self improvement, means they are eager to learn and develop and that’s one of the reasons for their early success. However, Patrice’ level of self-improvement seemed rather low according to the assessment report.

I checked with Patrice how he saw this trait. At first, as expected, he was defensive about it – another pattern shown in his report. I asked him to think about it and let me know during our next session if he had any insights about it.

When I met him for the second time, he told me that he used to be a very keen learner but that now, having reached a very senior position, he felt he had figured it all out. Also, he said that the problem now was not him anymore but other executives, particularly on headquarters level.

He shared with me that he was quite frustrated with what was going on in the company and that he wouldn’t change who he is. So I asked him, “Have you been the same 10 years ago as you are today?”

After reflecting over this question he said, “No, not exactly.” I followed with the question: “Are you today the best you can ever be?” Again he said, “Probably not.” I left it there, knowing that he would think this over and as a result may change his mind about self-improvement.

But there was another pattern that matched with what I heard from Jenny. Patrice’s level of optimism was only three out of ten. I could see that Patrice was a very passionate executive and he agreed that these days he was rather pessimistic about the future of his company.

“Can you influence the decision making on headquarters level?” He replied that due to his success and senior position in the company, he could have some impact but that he’d be tired of fighting the "stupid thinking" of his more senior colleagues in the Canadian headquarters.

He also shared with me that his pessimistic view of things negatively influenced his personal life. He noticed an increasing disconnection with his wife and children and also friends seemed to be more distant than before.

“Have you always been so pessimistic?” After a while he responded that years earlier he was in fact very optimistic but that the changes inside his company – he had worked there for the past 13 years – were not as expected and that the company wasn’t anymore what it stood for when he joined.

I asked him: “What can you do if you don’t like the weather where you live?” He realized that he obviously can’t change the weather and that he had only two choices: either to accept it and adjust to it or to live somewhere else where the weather was more to his liking.

Patrice realized that in his case things were actually better than in the case of the weather as at least he could influence his current situation to some extent and even if he couldn’t, he’d had a choice to either accept it and adjust to it or to leave it.

Towards the end of our coaching assignment, Patrice reported that he saw things differently now. He felt more relaxed because he focused now on what he could influence and accepted what he couldn’t. His optimism seemed to have increased as well because he told me that being pessimistic wasn’t going to ‘change the weather’, it would just make him and others around him feel miserable about it. He realized that it’s more beneficial to see the glass half-full rather than half-empty. 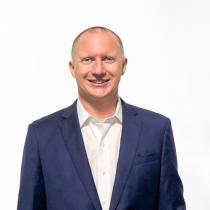 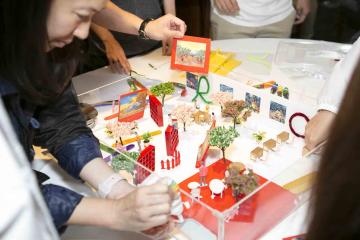 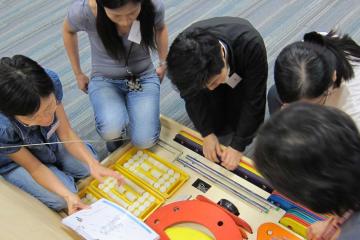